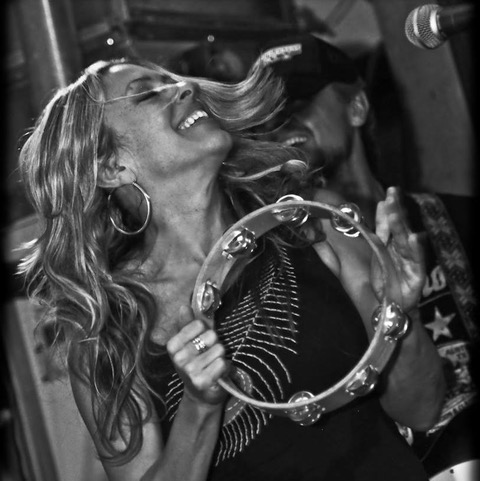 Her own musical projects include The Mother Truckers, who spent a decade in Austin TX, winning multiple awards at SXSW Music Festival, (Best New Band & Best Roots Rock Band among them), releasing four albums, and extensively touring the U.S. and Europe, as well as penning songs for film and TV. 2015 saw her move back to the Bay Area to continue writing and recording, as well as becoming a self-taught portrait artist/painter. The central theme to her work in music and art, is love and connection, and the core belief that we are all one – The Teal Collins band blends the feel-good sounds of Rock, Soul & the California sun, all done with powerhouse vocal delivery.

Teal grew up in Mill Valley, CA bombing down Mt. Tam on a Schwinn cruiser, and finding a lot to love about The Beatles, Led Zeppelin and the Grateful Dead. Her early introduction to music was through her dad, famous Jazz disc jockey Al, “Jazzbeaux” Collins who taught her how to play the ukulele at the tender age of 5.